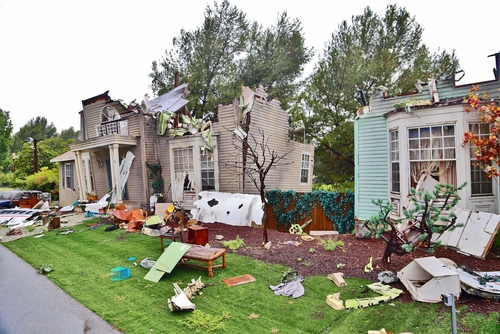 Hurricane Ian is one of the most powerful hurricanes to hit Florida. The storm caused widespread damage and left many people homeless. The response effort to Hurricane Ian has continued three days after the disaster, with roughly 10,000 people still being housed in shelters across Florida.

As state and federal agencies rushed to recover bodies and transport stranded residents, the number of people displaced was yet another indication of Ian’s destructive power.

According to officials, the initial phase of rescuing hurricane victims with medical emergencies has largely ended. As of right now, people left stranded in barrier islands make up the majority of rescues.

Residents of Matlacha and Sanibel Island, which were hit hardest by the storm, returned home to inspect their damages. Lack of water and basic infrastructure is forcing them back into limbo, according to Rear Admiral Brendan McPherson of the Coast Guard.

The government has been working hard to provide affordable housing for those who were affected by the hurricane, but there is still a long way to go. homelessness is a problem that needs to be addressed.

What does Hurricane Ian mean for Floridians?

Fridays at UCF’s Arden Villas apartments mean preparing for a weekend of college football viewing, beer pong, and maybe a book or two.

Hurricane Ian forced a change of plans. On Friday, students living near the UCF campus carried out waterlogged clothes in garbage bags, used a pontoon and an air mattress to rescue friends, and moved furniture out of flooded apartments. The parking lot of the apartment building looked like a lake with cars buried in muddy water.

The hurricane has left many students displaced and without a home. The government is working to provide affordable housing, but there is still a long way to go. Homelessness is a problem that needs to be addressed. Students who were affected by the hurricane are forced to reach out to their school’s administration for information on how to get help.

For families affected by Hurricane Ian, the storm has been a nightmare. Many have lost everything and are now living in shelters. Others are trying to return to their homes, but lack of water and basic infrastructure is forcing them back into limbo. The emotional and physical toll of the hurricane is immeasurable, but its effect on Florida’s homeless population has been especially devastating.

According to a recent report, there are now over 13,000 homeless people in Florida-an increase of nearly 40% from last year. And while the state has made some progress in addressing homelessness overall, the hurricane has undone much of that progress. In the wake of the storm, shelters are struggling to keep up with demand, and many people are being forced to sleep in their cars or on the street.

The situation is dire, but there is some hope. Organizations like the Red Cross and FEMA are working to provide assistance to those affected by the hurricane. And in the coming weeks, Florida’s homeless population will begin to receive much-needed help from the state and federal government. In the meantime, we must all do what we can to support those who are struggling in the aftermath of this disaster.

The hurricane has been especially hard on Florida’s elderly population. Many are without power or running water, and some have even been forced to evacuate their homes. The storm has put a strain on already-limited resources, and many seniors are now struggling to get by.

In the immediate aftermath of the hurricane, it is important for families to check on their elderly loved ones and make sure they have what they need. If possible, reach out to local organizations that can provide assistance. And above all, be patient. This is a difficult time for everyone, and it will take some time for things to return to normal.

The hurricane has had a devastating effect on businesses in Florida. Many have been forced to close their doors, and others are struggling to stay afloat. The storm has disrupted supply chains and damaged infrastructure, making it difficult for businesses to operate.

The state of Florida is working to provide assistance to businesses affected by thehurricane. In the meantime, there are some things businesses can do to helpthemselves. First, reach out to your insurance company and file a claim. Next, contactyour local chamber of commerce or economic development organization for help ingetting back on your feet. Finally, be patient. It will take time to recover from this storm,but Florida will bounce back stronger than ever.

The effects of Hurricane Ian will be felt for months, or even years, to come. But it is important to remember that Florida is a resilient state, and we will get through this storm. In the meantime, we must all do our part to help those who are struggling in the aftermath of the hurricane. Donate to relief organizations, check on your neighbors, and be there for those who need you. We will get through this, but we must stick together.

Hurricane Ian was one of the worst storms to hit Florida in recent memory. The hurricane left a wake of destruction that is still being felt by families, businesses, and individuals across the state. If you’re not sure where to start, check out Community Reach for some ideas.

Homelessness is a serious problem in the US. The affected population is diverse in terms of age, race, and socioeconomic level. Homelessness is a complicated problem with many different causes and no easy solutions. There are some things that may be done to aid in reducing the number of homeless people in America.

There are a few things you may do if you want to assist folks who are homeless. You can help the homeless in your community by giving money or your time to local shelters or charities. You can also push for laws that deal with issues like poverty and mental illness as the main contributors to homelessness. Lastly, you may raise awareness of the problem of homelessness in your neighborhood.