Why are children homeless? 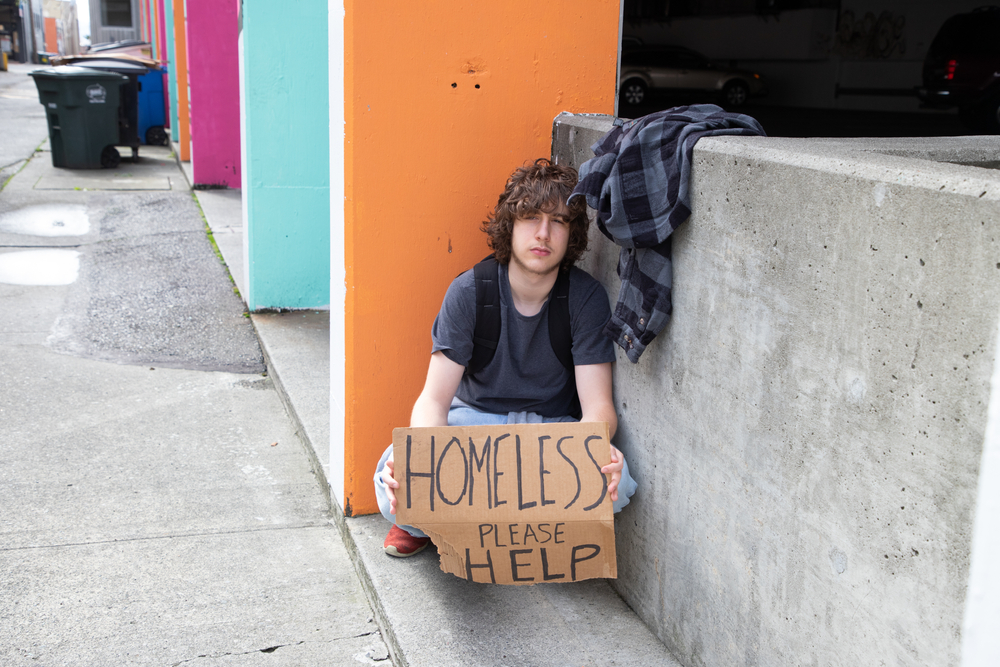 When a child is born, there is no guarantee that they will be received with warmth and kindness. The assumption that there will be adults throughout the child’s life who will take care of them and see them through the hurdles of life is a luxury that many of us do not recognize.

This is most evident amongst the homeless children population. Some children happen to be homeless along with their families, others separated from their loved ones from conflict. The loss of trust and harsh treatment they receive in their homes and broader community leaves them with few lifelines, resulting in insatiable housing and general homelessness.

If you look into this population, children can be expelled from their homes for falling pregnant-a risk mostly faced by girls. It is no secret that no parent or guardian wants their child to bear the responsibility of raising a child that early. In a parent’s eyes, guidance is given and resources are available to prevent their child from making decisions that lead to pregnancy.

But the reality is that children do fall pregnant, and if communication breaks down between the child and those who care for them, it is likely that they might begin believing that there is no possibility for them to stay in their home and be cared for. Any mention of neglect can send a child into despair and explicit expulsion from the home can come across as fair punishment for disappointing those who love us.

Another reason that children become homeless is a difference in values. Children have views, opinions and beliefs…much like the adults that raise them. In a nuclear household, it is often expected that children will abide by the beliefs of the adults around them. When this happens to not be the case, conflict typically arises. Children can be expelled from their homes for their political views, religious curiosity, sexual orientation, or social advocacy.

The phrase “people are different” is what we say a lot, but embracing it in our households is harder than it seems.

For better or worse, power is imbalanced in a household, and for a certain culture to prevail or order to be maintained, uniformity is often preferred. A child’s difference might not necessarily disrupt that, but it opens up room for conversations that parents and guardians might not be ready for or comfortable with.

This difference can lead to a breakdown of trust and a neglect of care. Most noticeably are the ultimatums that children are offered. Their curious and expanding minds do not always take well to rejection that doesn’t take their perspective in mind. So often, children who constantly hit against their family’s mental models stand a high chance of leaving home or being expelled before they have the means to do so.

A third reason to consider is that of varying responsibilities that children bear. On a playground or at recess, it might not be obvious the burdens that a child carries at home. They might be picking up duties of a sick guardian, making executive decisions on behalf of a parent that is constantly absent, or working many hours to help put food on the table. In social contexts, it is often said that these children had to “grow up fast”, referring to the serious roles that they had to take up when they were children.

When these responsibilities get overwhelming, children can fall through the cracks of the social systems that are meant to protect them. It is not unlikely that they might quit school, run away from home, or hop from one friend’s home to another.

Children have a desire to simply be children. That includes being playful, exploring the world and all it has to offer, engaging with their peers in order to form social habits that will serve them later, and finding out in gentle ways, what will be expected of them in the future.

There are many more reasons why children can be homeless, but the more pressing problem is that despite all these reasons, we still haven’t found better ways of identifying and housing homeless children.

The classification that children get when they are identified as homeless often leads them to foster homes or, more likely, group homes. And as much as that is a system built to help them, it leaves room for resolution…particularly for children who have known family.

Because children know the implications of foster care, they attempt to shield themselves and their families from the paperwork and legal implications of being expelled from home or isolated from their loved ones. The first line of defense lies in gathering information and attempting to resolve the disconnect. Be it government assistance with responsibilities where adults cannot take them up, family therapy where there is conflict, and family options for young people who are pregnant.

If our only visible solution is a pipeline into a rotating door of families, children will continue to evade that option and hide their unhomed reality.

In general, we can do better by children. Continuously asking questions, evaluating change in their behavior, and identifying gaps in their development. Bringing them closer to care and employing as many tools as possible can do them a world of good and save them from the endless harm on the street.